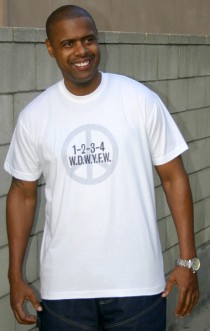 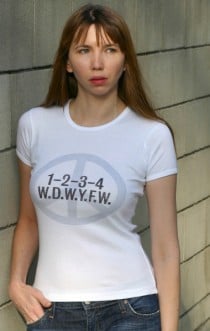 I haven’t been alive (or even nearly alive) for any of the campaigns featured at Retro Campaigns, so I wasn’t sure what tee to pick when they asked me to review one, as I’ll admit my acquired knowledge of past presidential campaigns is fairly lacking (this sentence sounds awkward, oh well!). I finally settled on this one because it’s not time specific – it’s as relevant today (or nearly) as it was during Vietnam, and it has a good message. If you don’t know what the slogan is, 5 of the words are We Don’t Want Your **** War, I’ll leave you to figure out the fifth in the interest of being work/family friendly.

The shirts are printed on American Apparel, with nice soft prints – just the way I like them. I’d definitely recommend picking these up if you want to show off your political know-how.

I’ll leave you with Retro Campaign’s background of the shirt:

American opposition to the Vietnam War, propelled largely by young adults and college students in small numbers in the mid-1960s, grew into a national phenomenon by the end of the decade and on into the 1970s. As the War pushed seemingly endlessly forward, so did the protests. The draft, first-time-ever television coverage of combat, the Kent State shootings, the My Lai massacre and relentlessly depressing news about the war effort in general contributed to a nationwide beating drum of anti-war sentiment.

Colin is a graphic t-shirt enthusiast living in Hanoi, Vietnam. When he's not browsing the latest graphic t-shirts, you can find him freelance writing for clients or sharing his latest travels.