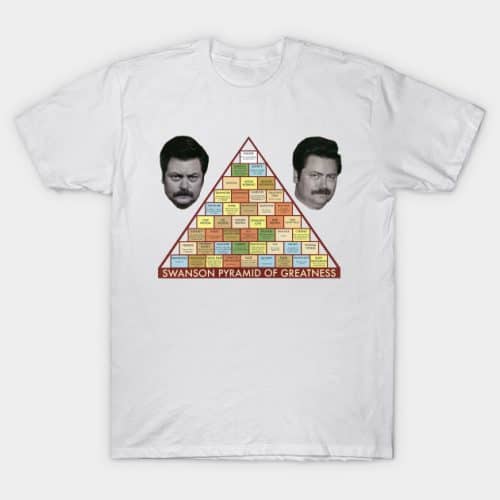 Want more t-shirts like this one? Give one of these hashtags a spin: And if you're buying this shirt, make sure to take advantage of our TeePublic coupon code to save some cash.

It’s Ron Swanson’s Pyramid of Greatness on a t-shirt. It doesn’t get much greater than that, does it? Ron’s Greatness Pyramid is still one of my favorite scenes from Parks and Recreation. An absolute classic worthy of being commemorated on an awesome shirt like this one.

Snag it before it gets too great and has to be pulled from the shelves!

In case you can’t tell, Ron Swanson’s Pyramid of Greatness is just a little bit more complex than the food pyramid.