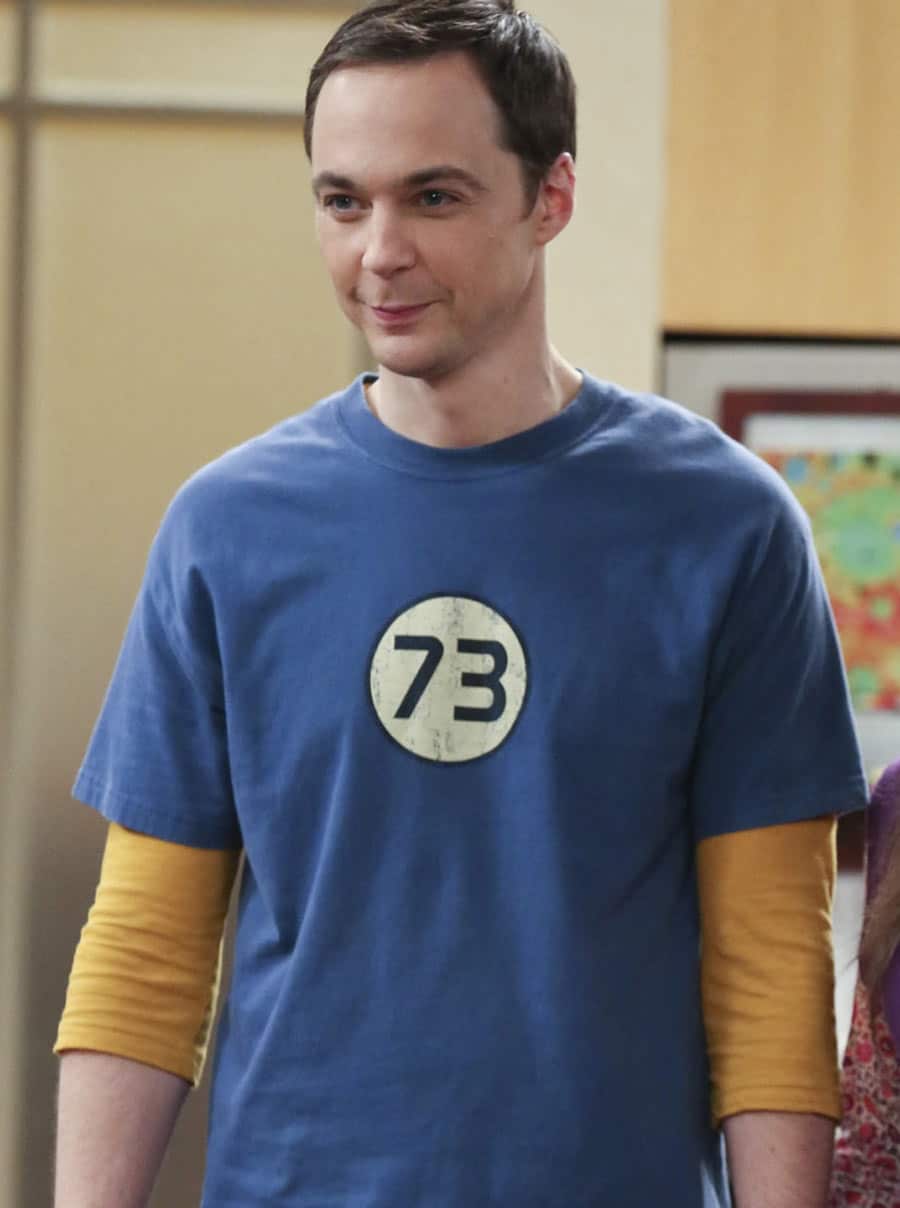 Want more t-shirts like this one? Give one of these hashtags a spin:

This Sheldon’s 73 shirt was featured as the attire of Sheldon Cooper on Season 4, Episode 10 of the Big Bang Theory.

According to Sheldon, “the best number is 73”. He then goes on to list a plethora of reasons why that’s the case.

So what is the 73 on Sheldon’s shirt? I mean, it’s just a number. But why that number?

Maybe because Jim Parsons, the actor, was actually born in 1973 – who knows. Additionally, the episode that the shirt was featured in was the 73rd episode of The Big Bang Theory, adding another possible reason. You can pick whichever suits your fancy!

Either way, Sheldon’s 73 t-shirt is an iconic design for fans of the Big Bang Theory, and this tee is well worth picking up for your closet. Heck, you can even wear it while your sitting with Sheldon on his throne, another classic design.

No matter which way you cut it, Sheldon’s number 73 shirt is an iconic part of an iconic TV series.