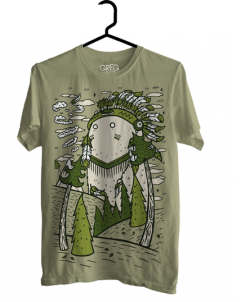 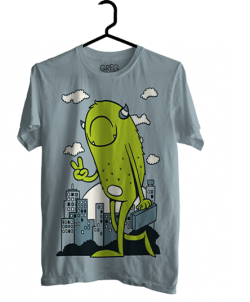 Thirtee launched back on March 3rd, but I’m just now remembering to blog about it (I’m on top of things). They’ve based their store on a new concept which I really like. Every month they feature an artist and sell that artist’s best designs for 30 days (hence, Thirtee). You usually don’t see this much emphasis on the artist of the shirts, and I think it’s cool that Thirtee has changed that.

March’s artist is Greg Abbot, who I confess I’d never heard of before this. He’s got a really cool style though, so I recommend you check his stuff out. All Greg’s designs are only $12.00 each, which is pretty cheap for the quality of the designs and the American Apparel blanks. Go check Greg’s stuff out, and check back in April for Thirtee’s next artist!

Colin is a graphic t-shirt enthusiast living in Hanoi, Vietnam. When he's not browsing the latest graphic t-shirts, you can find him freelance writing for clients or sharing his latest travels.